Mystery Searchers Family Books Offer Middle-Grade and YA Readers Wholesome Fun, With No Romance, Sex, or Cursing, Written in the Traditional of The Hardy Boys and Nancy Drew. But These Kids Use the Latest Technology! 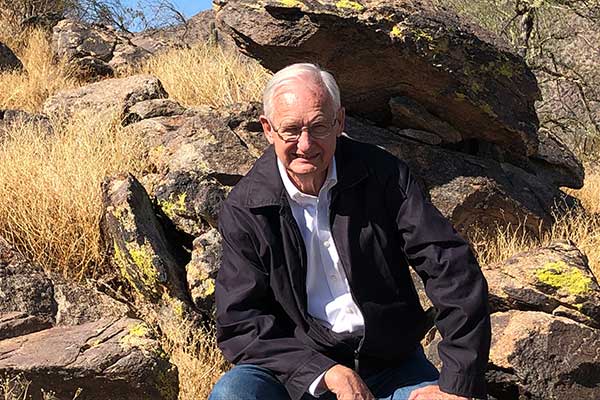 All the books in the Mystery Searchers Family Book Series involve no romance, sex, or cursing, yet kids use the latest technology in rollicking, fast-paced stories where they solve mysteries.

“I initially wrote these books for my grandkids. The gobbled up the books, and demanded more titles for the series. Who am I to say no to grandkids!” Barry Forbes commented.

In each of the Series books, four high schoolers dive deep into their hometown of Prescott, Arizona, with its famous, rugged locales – just perfect for mystery solving.

They get a little help from technology, of course—lots of technology. Then there’s the Chief, proud father and supporter of two of the kid detectives, and Detective Joe Ryan, the dedicated investigator who never gives up. And Heidi Hoover, plucky star reporter of The Daily Pilot… as well as a host of other colorful characters.

Here’s what readers have been saying about the book!

“… if you’re looking for something more wholesome and creative… this mystery series is it! Great characters, high tech interest in solving crime, and a clean moral approach in addressing each challenge the young investigators come up against.” Karen F. (Certified Amazon purchase.)

“… many exciting twists and turns that made it fun, intriguing and exciting to read. This book is good for inspiring young minds in character building, teamwork and problem solving.” Lynn G. (Certified Amazon purchase.)

“Take a break, wander away from the real world into the adventurous life of spunky kids out to save the world in the hidden hills of the Southwest. You won’t be disappointed…. even if you can only give 5 stars.” Ron B. (Certified Amazon purchase.)

Book 1: The Mystery on Apache Canyon Drive
A small child wanders across a busy Arizona highway! In a hair-raising rescue, sixteen-year old twins Tom and Suzanne Jackson save the little girl from almost certain death. Soon, the brother and sister team up with best friends Kathy and Pete Brunelli on a perilous search for the child’s past. The mystery deepens as one becomes two, forcing the deployment of secretive technology tools along Apache Canyon Drive. The danger level ramps up with the action, and the “mystery searchers” are born.

Book 2: The Ghost in the County Courthouse
A mysterious “ghost” bypasses the security system of Yavapai Courthouse Museum and makes off with four of the museum’s most precious Native American relics. The mystery searchers, at the invitation of curator Dr. William Wasson, jump into the case and deploy a range of technology tools to discover the ghost’s secrets. If the ghost strikes again, the museum’s very future is in doubt. A dangerous game of cat and mouse ensues.

Book 3: The Secrets of the Mysterious Mansion
Heidi Hoover, a good friend and newspaper reporter for The Daily Pilot, introduces the mystery searchers to a mysterious mansion in the forest—at midnight! The mansion is under siege from unknown “hunters.” Who are they? What are they searching for? Good, old-fashioned detective work and a couple of technology tools ultimately reveal the truth. A desperate race ensues, but time is running out.

Book 4: The House on Cemetery Hill
There’s a dead man walking and it’s up to the mystery searchers to figure out “why.” That’s the challenge from Mrs. Leslie McPherson, a successful but eccentric Prescott businesswoman. The mystery searchers team up with their favorite detective and utilize technology to spy on high-tech criminals at Cemetery Hill. It’s a perilous game with heart-stopping moments.

Book 5: The Treasure of Skull Valley
Suzanne discovers a map hidden in the pages of a classic old book at the thrift store. It’s titled “My Treasure Map” and leads past Skull Valley, twenty miles west of Prescott and into the high desert country—to an unexpected, shocking and elusive treasure. “Please help,” the note begs. The mystery searchers utilize the power and reach of the Internet to trace the movement of people and events. . . half a century earlier.

Book 6: forthcoming! The Vanishing in Deception Gap
A text message to Kathy sets off a race into the unknown. “There are pirates operating out here and they’re dangerous. I can’t prove it but I need your help.” Who sent the message? Out where? Pirates! How weird is that? The mystery searchers dive in, but it might be too late. The man has vanished into thin air.